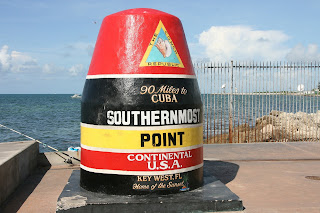 One turned on me:
Can’t you wait for him to die? You vulture!
This was Key West

Mitchell Krockmalnik Grabois  has had over fourteen-hundred of his poems and fictions appear in literary magazines in the U.S. and abroad. He has been nominated for numerous prizes, and. was awarded the 2017 Booranga Writers’ Centre (Australia) Prize for Fiction. His novel, Two-Headed Dog, based on his work as a clinical psychologist in a state hospital, is available for Kindle and Nook, or as a print edition. To read more of his work, Google Mitchell Krockmalnik Grabois. He lives in Denver, Colorado, USA.
Posted by Datura at 12:58