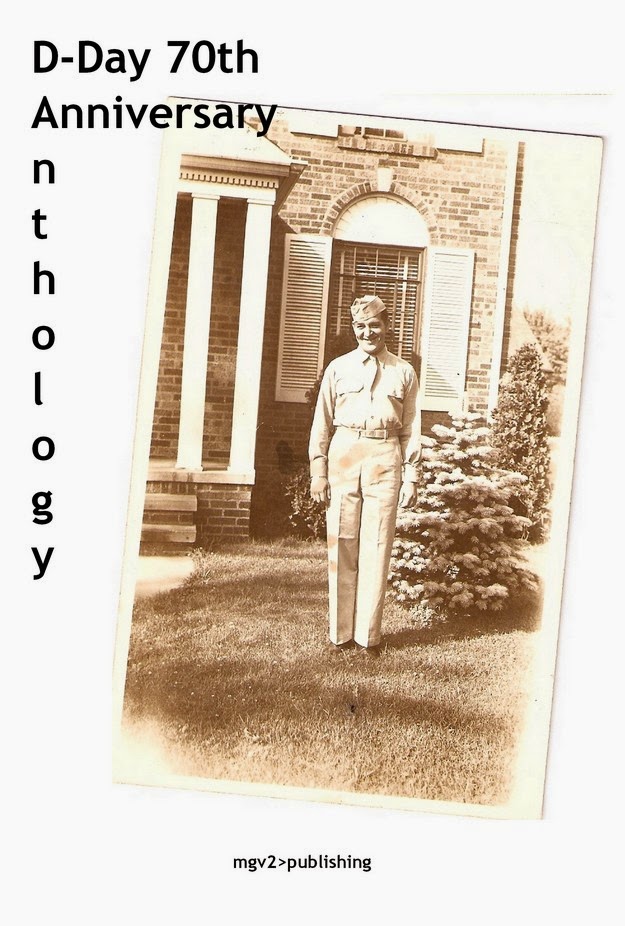 In 2012, I started this new collection of the D-Day Anniversary Anthology. That year, many contributors offered their work to appear in this first volume. For this present volume though, I did not have as many submissions as I had back in 2012. I cannot explain this. What is noticeable though is that the contributors this time gave the best quality work I had not seen for a long time. I am not saying that the previous anthology was not provided with quality work, don't get me wrong.

All I am saying is that in these almost 100 pages of fiction and poetry, to commemorate both the 70th anniversary of the D-Day landing in Normandy, and the centenary of the start of the first world war – two unforgettable slaughters, one of which was probably not necessary compared to the other, one can feel how many human lives were spared and wasted behind these atrocities.

In this anthology, you won't have the supposedly awaited bowdlerized version of the “winners” only. Not at all. T. Fox Dunham is one of the contributors who gives a German soldier's point of view, as he wrote to me in his cover letter: “I suspect you’ll be getting a lot of work from the Allied point of view.” That was quite right.

Nonetheless, the contributors did not focus on the victory, but on the human beings and the tearing apart of people, couples, lives, and history, or stories rather.

This anthology, as most of you know, is something of utter importance to me. Not only because I was born and raised in Normandy, and have always been bathed in this past wherever I was in or around Caen. It is also because both my parents lived this second world war and that both wars have always been a matter discussed and remembered many times in my family circle.

Tim Tobin sent me his father's drawings, and allowed me to use the portrait of Russ Tobin in uniform, a photograph rendering both the humanity of the times described and narrated in these stories and poems, and the dark horizon towards which these men – these boys – whatever their nationality was, were sent. Many of them never to come back.

Order it from lulu.com

Walter Ruhlmann works as an English teacher, edits mgversion2>datura and runs mgv2>publishing. His latest collections are Maore published by Lapwing Publications, UK, 2013,  Carmine Carnival published by Lazarus Media, USA, 2013 and The Loss through Flutter Press, USA, 2014. Coming up in 2014 Crossing Puddles through Robocup Press, and Twelve Times Thirteen through Kind of a Hurricane Press.
His blog http://thenightorchid.blogspot.fr
Posted by Datura at 16:19